Possible rust infection on roots? (or natural discoloration/oxydation due to damage)

Trouble shoot problems you are having with your cactus.
Post Reply
3 posts • Page 1 of 1

Possible rust infection on roots? (or natural discoloration/oxydation due to damage)

So I was removing old potting mix from my plants they came with (the stuff was hard like a wine cork and absolute nightmare) which means that sadly I definitely damaged some roots, so I left plants to dry and heal them for arround 2 days now (I had to wash the soil with water as removing it dry was even worse).

So after 2 days I looked at the root system and there is that super faint and hard to see on photos orange discoloration simillar to rust... I will also add that previously this cactus (when it was healthy) had small damage on one of its roots with very simmilar discoloration to this one (basically when it was in that old mix and I could take it out of the pot in one chunk and look at roots since the soil was holding together like it was glued).

I have also ferocactus latispinus and its healthy and does not show that orange discoloration on roots despite also having them somewhat damaged when I had to remove that hell of a pot mix.

My question is: Is that a natural discoloration due to some kind of oxidation, or can rust fungus also infect and remain in the root system?
It definitely doesnt look to be spreading for now like it was on the surface before treatment, and looks much more like natural damage, but since other ferocactus doesnt do that, and this one HAD rust I have to make sure just in case.

I might be a bit "paranoid" with this but it never hurts to ask.

Here are the photos, as I said its super hard to see on camera, but there definitely is some kind of orange discoloration looking at this in person, I would say it looks much more vibrant but still a bit hard to see... 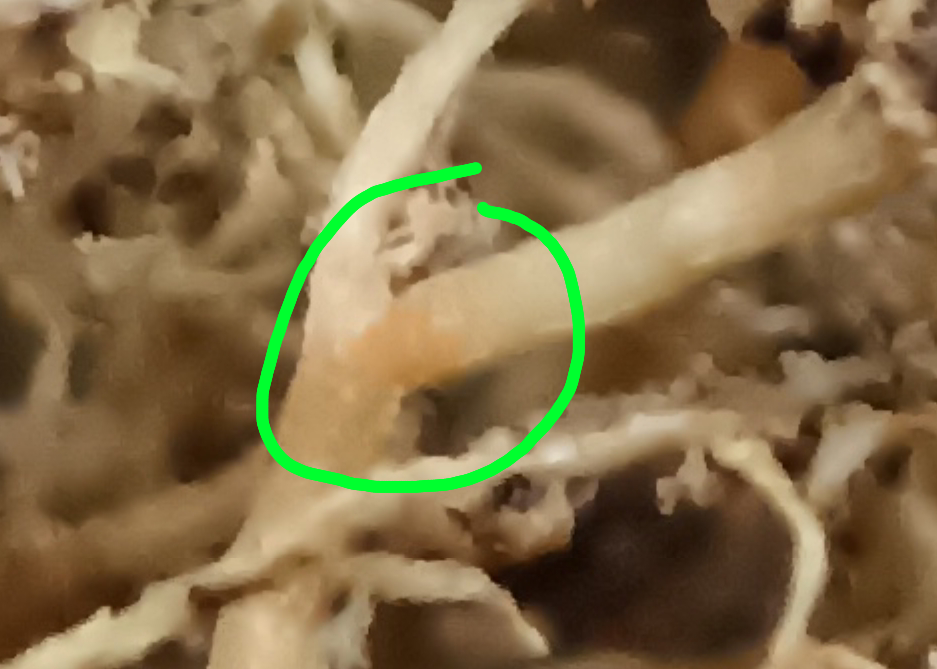 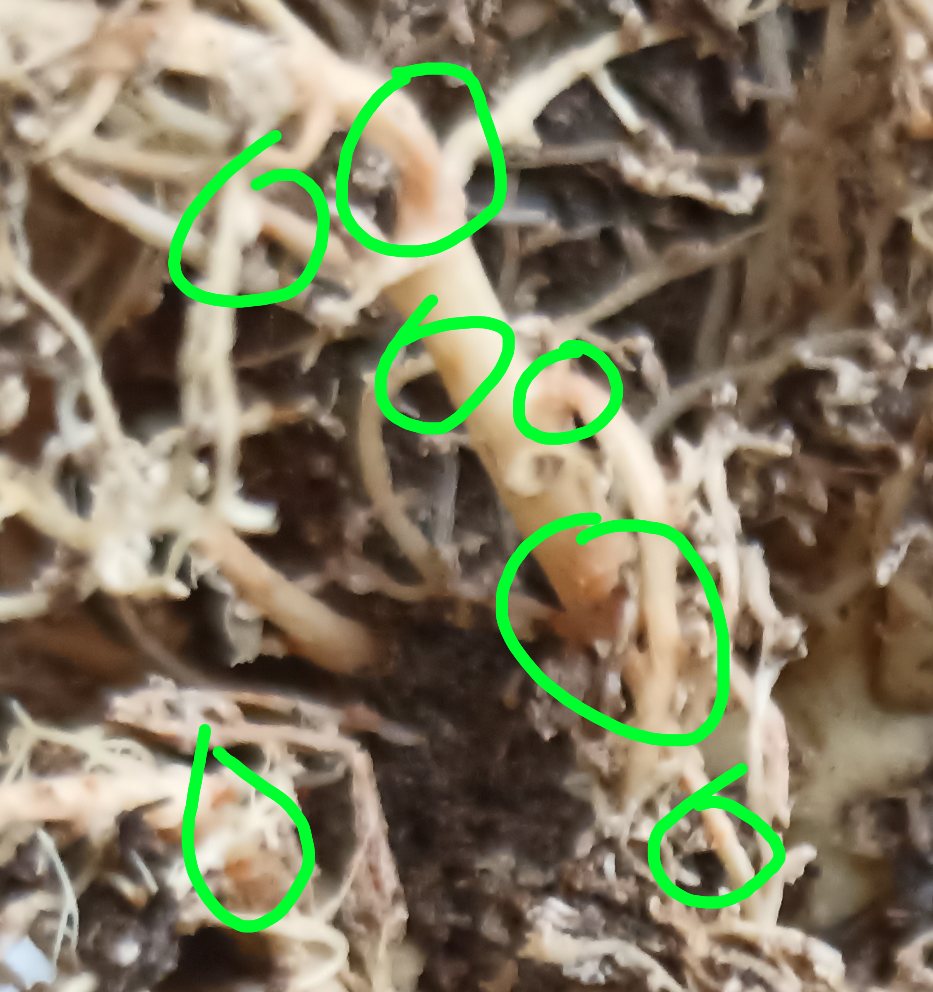 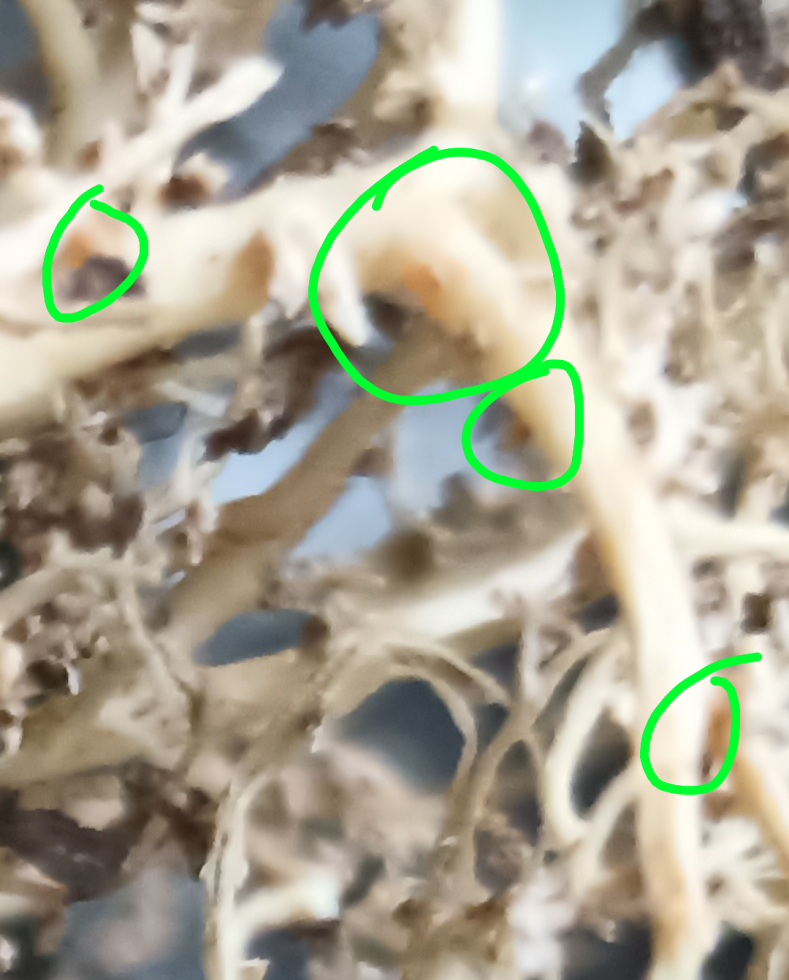 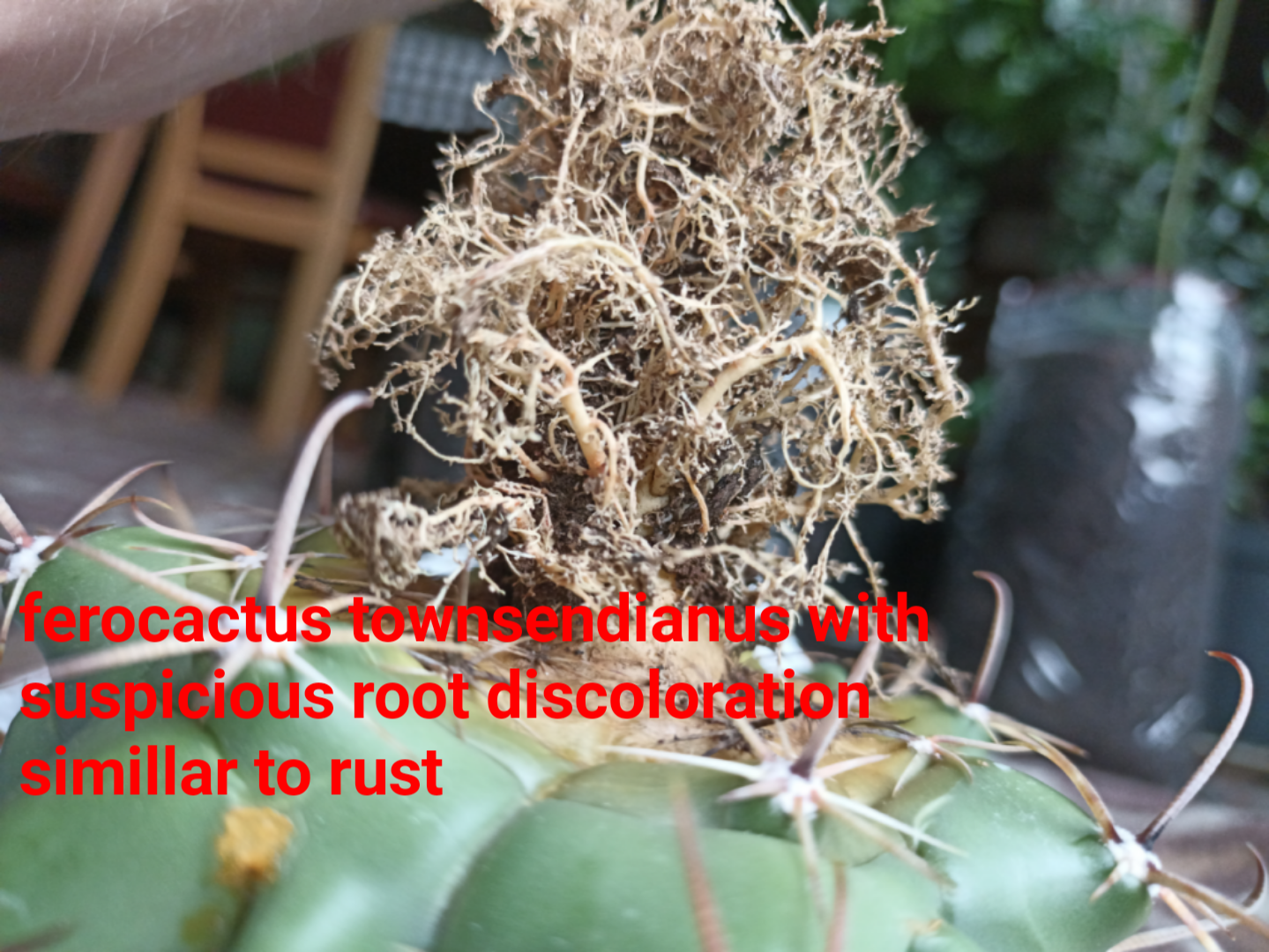 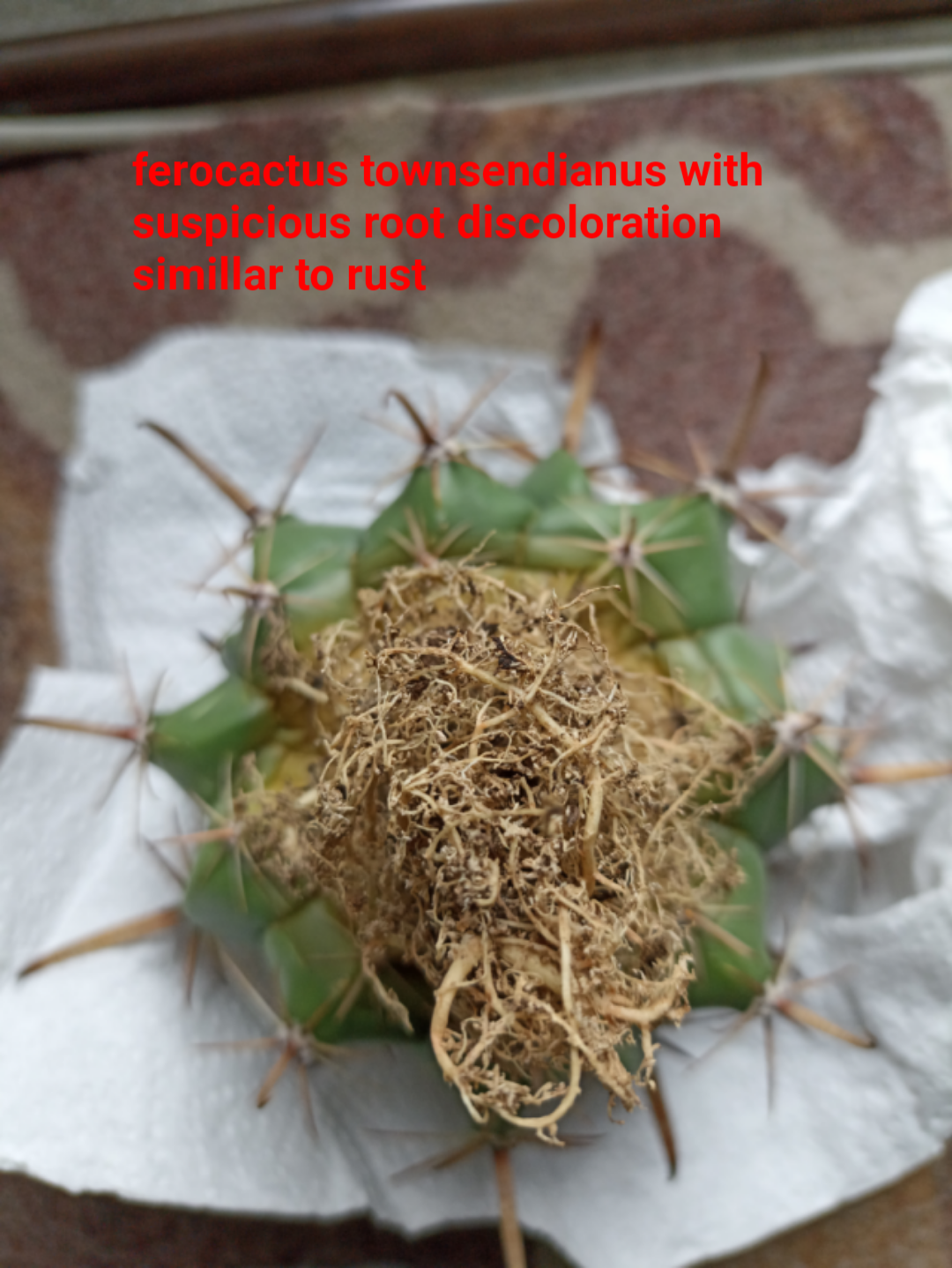 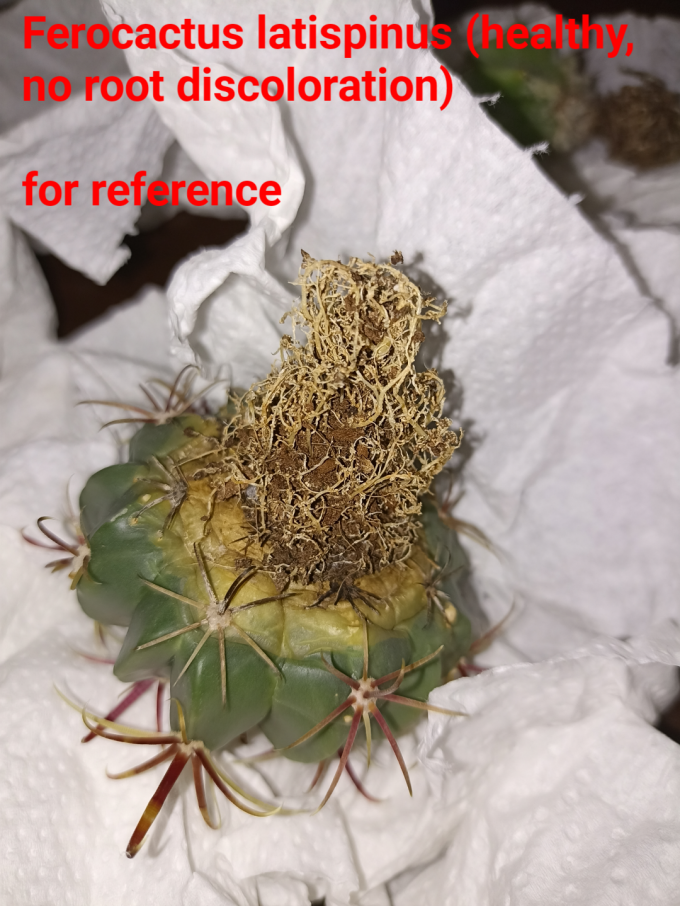 Re: Possible rust infection on roots? (or natural discoloration/oxydation due to damage)

Could be either (probably the latter) but I would dip this in a fungicide bath and dry out for a few days if you are concerned.
Top

Re: Possible rust infection on roots? (or natural discoloration/oxydation due to damage)

MikeInOz wrote: ↑Wed Jun 08, 2022 2:07 am Could be either (probably the latter) but I would dip this in a fungicide bath and dry out for a few days if you are concerned.

To be honest, I would rather not dip the roots in fungicide, especially that I dont want to burn and damage them even more.

I think Im gonna just plant it as is, and If I see more problems with rust in near future Im literally gonna go nuclear, buy 2 fungicides and throw all my plants into a bath with trifloxystrobin and tebuconazole.
Poland, dolnośląskie (lower silesia)
Top
Post Reply
3 posts • Page 1 of 1