Discuss cameras, settings, composition, or anything related to photography - cactus or other subjects.
Post Reply
6 posts • Page 1 of 1

As I often say most cameras are now overkill regarding number of pixels for the web. A quality lens is now far better than extra megapixels:-

Anybody else use a diffuser for available light shots in full sun?

I usually use one for cactus flowers as they usually only open in full sun and that is harsh contrasty light.

I guess I both can agree and disagree with the whole Mp race. Recently did a rather odd thing for a "birder" in retiring my 24Mp APS-C camera for a 42Mp full frame. Mind you it was also going from a 2011 camera to one released in late 2016 so the sensor tech would of taken a few leaps forwards.

Odd for a birder as I'm effectively lowering the amount of pixels on my target as I'm using the same lens, at a same distance situation if I filled the frame with the old APS-C kit I was getting the "full" 24Mp (6000x40000files to work with but applying the 1.5x crop for same framing with the new gear I'm down to 18Mp (5168x3448).
Though could I really see the difference in usual web sized pictures, I upload all my flickr shots at 2048 on the long edge...again yes and no. Sharpness stays about the same but a downsampled image tends to have lots less noise from the magic of interpolation. If I can frame the same the 42Mp shot downscaled to my 2048 standard appears with lots less noise than a 24Mp image downscaled to the same size.

And cropping like mad seems to reveal so much more that I never really could crank out of the old system.
Slight crop for composition out of a full 42Mp shot. 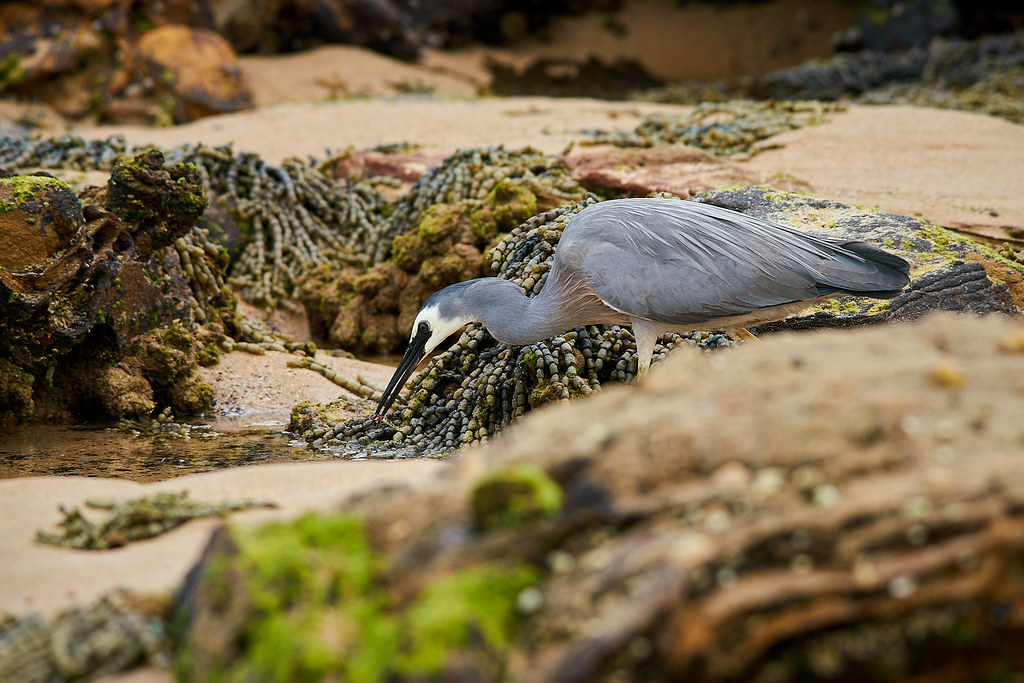 Stupid amount of crop out of the same file.

Supposedly we stepped up from APS-C to Full Frame because keep cramming more megapixels on a small sensor meant smaller pixel sites and hence more noise, therefore putting extra megapixels on a smaller sensor meant the image started getting worse not better. The step up to the larger sensor means they can start again with larger pixel sites yet have more megapixels. That is until they once again try and cram too many megapixels on the sensor as a selling point and picture quality goes down again rather than up with the extra megapixels. Also remember for the same sized final image an image from a larger sensor does not have to be enlarged as much as that from a smaller one, plus the lower resolution of a computer screen covers up the differences between a high and low megapixel cameras anyway.

You can explain to me what that means afterwards, I just press the shutter release and don't worry about extra megapixels since I still use a 10 megapixel APS-C camera and only post on the Web, not print out.

I moved from a 10 m/p camera to an 18. It is clearer for cropping for online (I ,too, do not do large prints) but it is a mixed blessing and really uses a lot of storage space. The main reason I may some day get a full frame camera is to get some good use out of my wide angle lenses. On a Canon crop camera my 24mm is really a 38mm which is not very wide.

Every time I think about getting more megapixels I have to reel myself in and think in terms of better glass and more tripod use. Getting to know and love my Canon 85mm 1.8 which is currently my best lens.
Top

A friend of mine moved to full frame but said he did not notice much difference for the web, only that the image files got very large.

I am, still using a 70mm-180mm full frame Micro Nikkor, now long withdrawn. It still sells secondhand for around what I bought it for since it is really the only real macro zoom lens that was made. Since it was corrected like most fixed focal length macro lenses for macro distances rather than infinity. Most so called macro zooms are really standard telephoto's with a close up facility. Some claim it was discontinued since it was too expensive to make for the potential number of sales.

Not quite as specialised as Canon's MPE 65mm ultra macro non autofocus lens. A really great lens, but not many conventional photographers who buy it can get used to the higher magnifications with their minimal depths of field. Therefore you can frequently find them secondhand on EBAY. It is really a great "focus stackers" lens for those used to working with minimal depths of field. I wish Nikon had made an equivalent, since we have to use tubes or bellows for those magnifications.

All lens designs are corrected for optimum performance at a certain distance. With most normal lenses it is infinity I believe and they gradually get worse in theory as they focus closer. However until you get into the real macro range the difference is negligible. Conversely proper macro lenses are said to be corrected for about 1 meter and again in theory get worse as you focus out to infinity. However you will never be able to detect the difference on the Web, only on very large prints.

Mirrorless cameras, once they are really developed, should be better for extreme macro work having no mirror slap, meaning no need to lock the mirror up on occasions to stop vibration. The problem is you often need a new set of lenses when they have altered the lens mount and even if they have not enlarged it, it is now closer to the sensor therefore present DSLR lenses need an adapter. Also apart from a basic macro lens they do not seem to be making the macro equipment such as tubes and bellows etc that were available for the SLR's and DSLR's as yet.
Top
Post Reply
6 posts • Page 1 of 1