Anything relating to Cacti or CactiGuide.com that doesn't fit in another category should be posted under General.
Post Reply
9 posts • Page 1 of 1

Looking around, I've seen talks about cresting being a genetic defect. And while that is probably the case, I'm not sure that's the whole truth.

About two years ago I germinated a bunch of Cleistocactus buchtienii seeds. Once they got to pinky nail size, I separated them out into some spare recycled takeaway containers and put them outside. Except, I must have used different potting mixture for one tray, as they seemed to keep dehydrating.

After several died, I eventually determined that for the very small tray, the mixture was simply too free draining and the seedlings in that tray couldn't absorb the water fast enough before it fried out. The three surviving seedlings looked quite rough and I did not expect them to survive. But they did, and soon they started to grow monstrose/crested.

I guess it's possible that just by luck I that the three survivors were genetically monstrose/crested, but it seems more likely that their experience did some sort of harm to them.

I had thought that maybe it would revert, but 18 months later, they're still growing monstrose/crested (though slowly, it took some time for them to recover). I'm curious as to people's thoughts. I had a few other species in the same mixture and bounce back after repotting, but none crested.

Here is one of them: 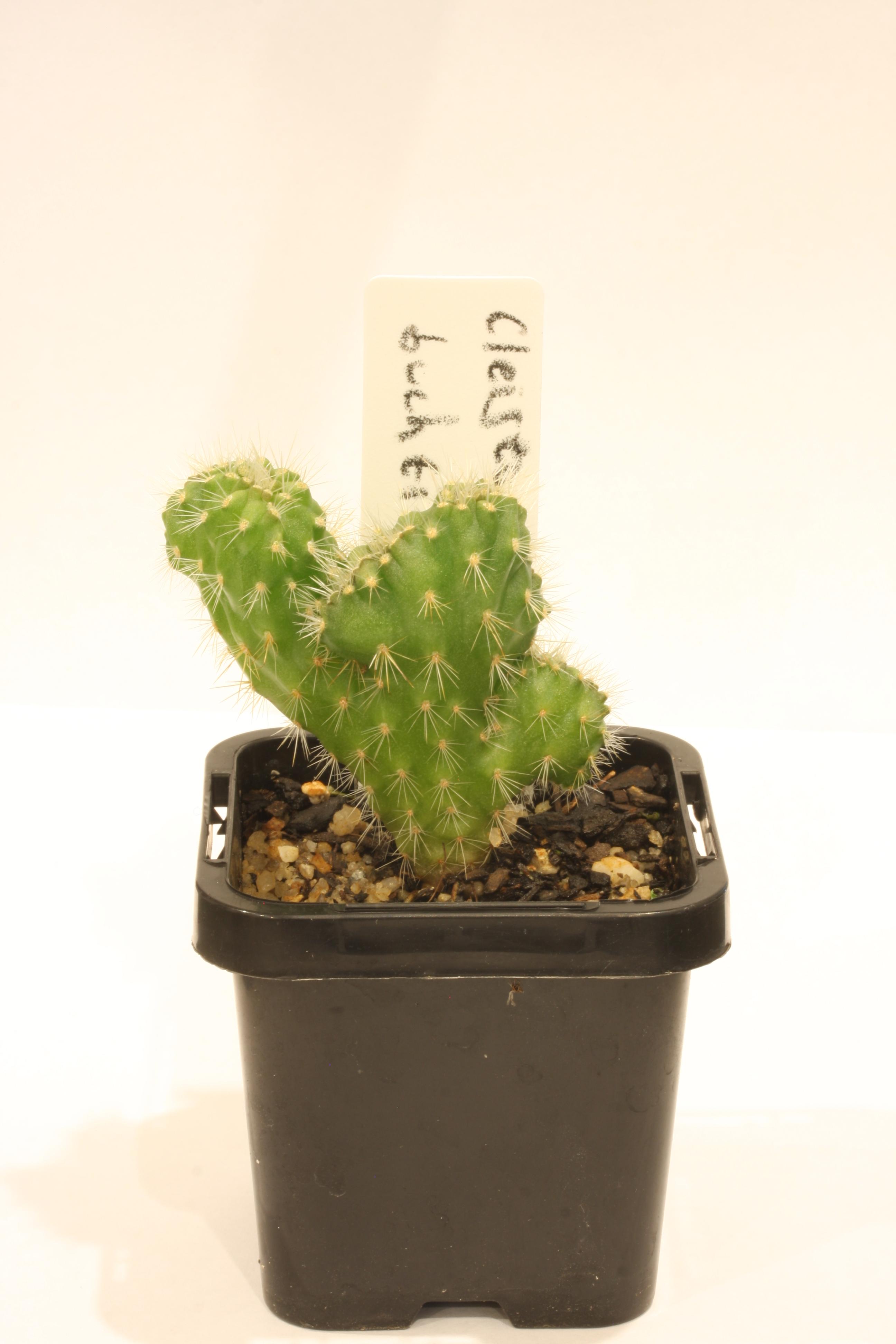 Here are some non-crested seedlings from the same pack of seeds: 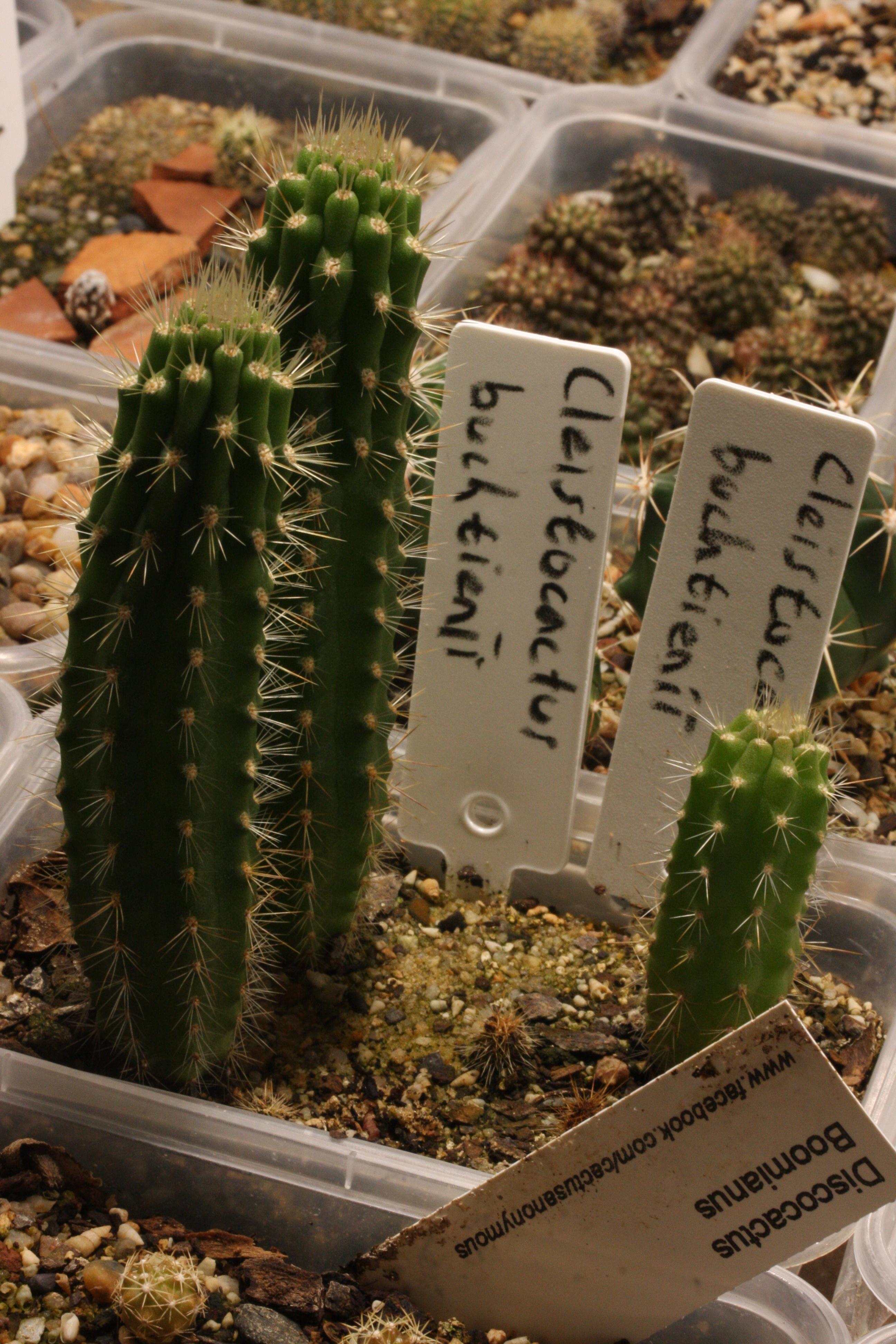 Fasciation (note not fascination = no "N") meaning cristates and monstrous plants is caused by an upset in the cells at the growing points. With monstrose cacti there are obviously latent growing points at every areole which is why we get offsetting, but in monstoose cacti they are triggered at virtually every areole.

It can even occur in the flowers themselves. This is a conjoined Soehrensia flower, note the two styles and stigma lobes. However all subsequent flowers have been normal

I've heard that fasciation can be the result of hormone inbalance, or a random genetic mutation. For some reason, this one Aeonium haworthii flowerstalk produce multiple fasciated flowers. The flowers had a hard time opening (guessing that is because of the odd flower shape) so I didn't take a picture when they were fully open.

I had an Orbea variegata that developed fasciation, with a wide, flattened stem. Unfortunately, it's one of the plants I lost while I was ill, and I never got to see if the fasciated part would produce fasciated flowers.
Spence

From what I understand the cause of fasciation or monstrose growth is the disruption of meristematic cells, but what causes the disruption in the first place is not well understood. Infection by bacteria, viruses, phytoplasmas, etc.; mechanical damage (i.e. insects), chemical damage (insecticides, herbicides), environmental damage (freezing); hormonal imbalances and/or genetic mutations and even random somatic mutations have all been implicated.
Top

Teratopia goes a bit more indepth in the subject however they also explain like MRXeric states exact cause not known... You can obtain it thru crossing as has been shown with Nitrogen trichocereus crosses with TPM and TPQC. Many have tried various methods to get crested growth since they fetch a higher price.

You can induce 'crested' growth however it can revert.
[youtube]https://www.youtube.com/watch?v=eMluhCOQRBw[/youtube]
Top

I do not know the exact reason but you can make crested/monstrose cacti by grafting.
Obregonia is hard to turn a crested form with own-rooted cactus but it is possible to make by grafting.

Here are my crested Obregonia seedlings. They were bacterial infected during grafting on Pereskopsis and it caused the fasciation.
These two pics are same grafted seedling. 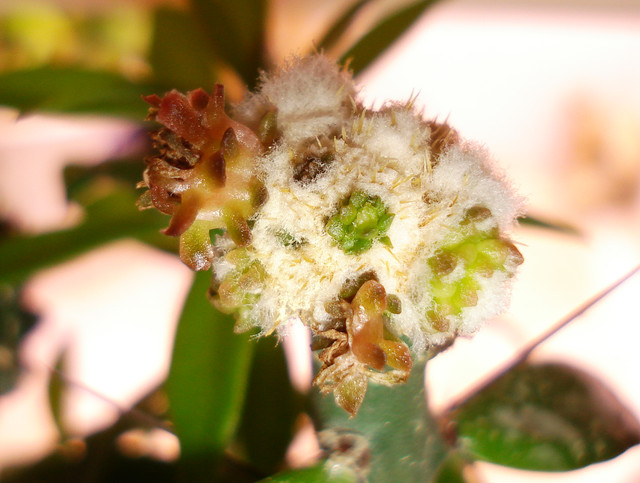 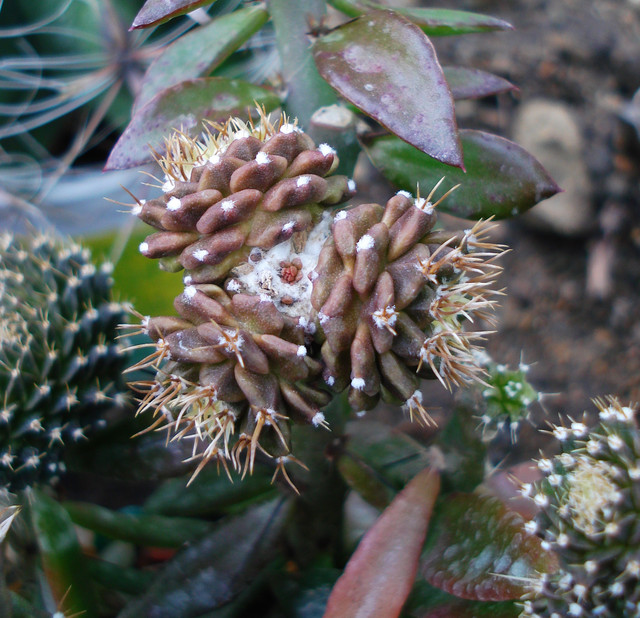 And these pics are another crested/polytomy grafted seedling 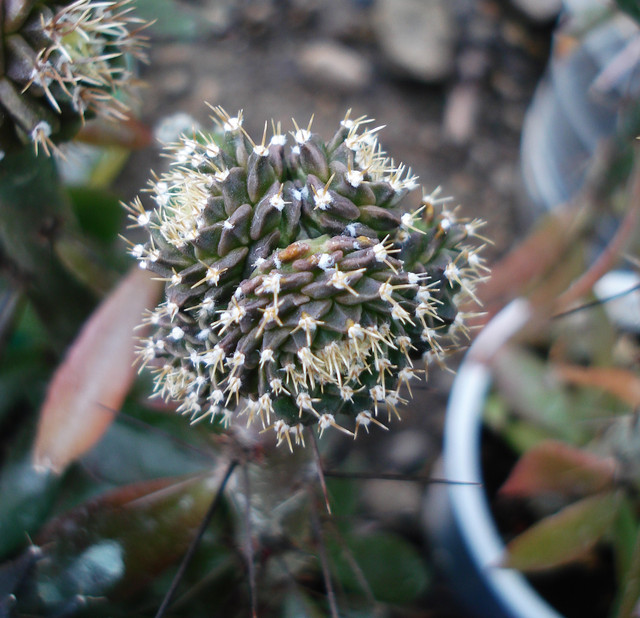 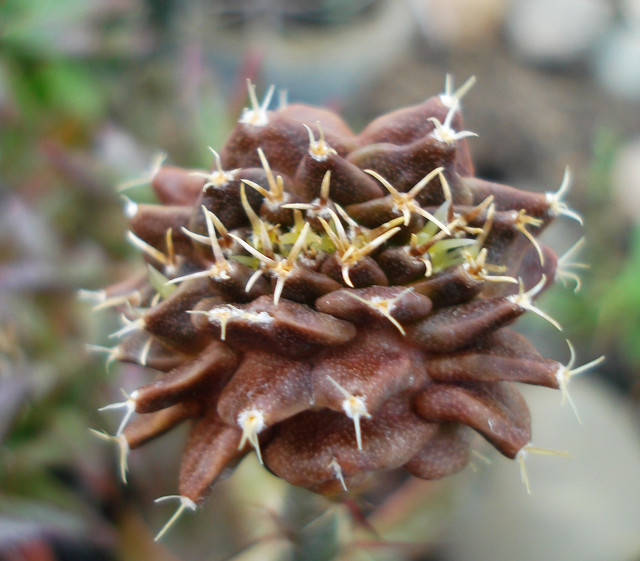 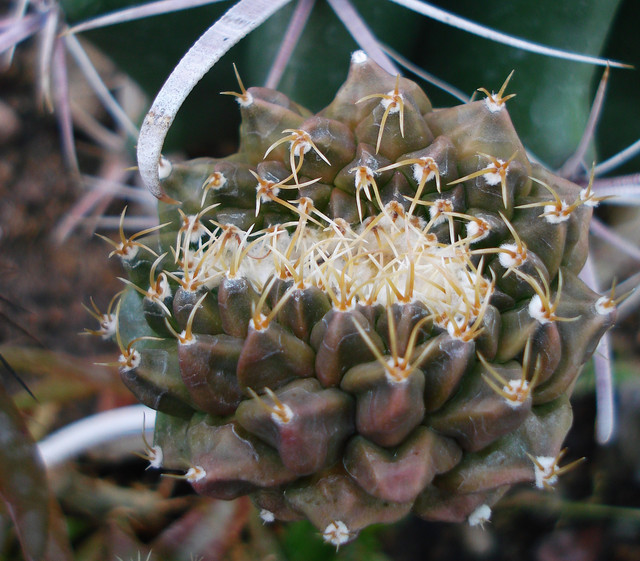 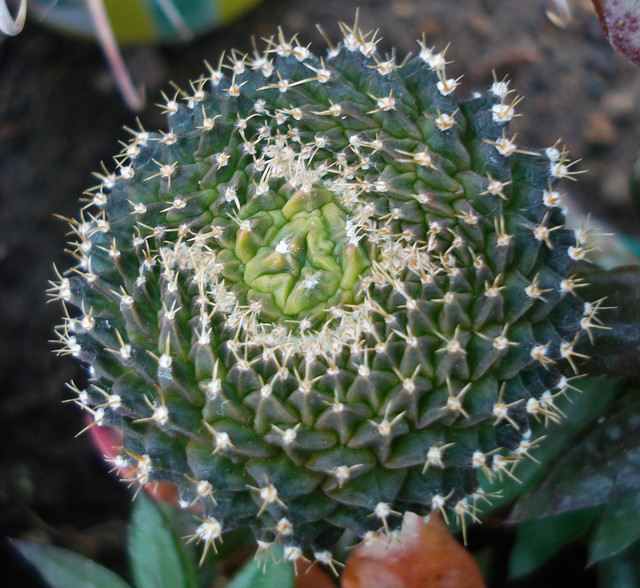 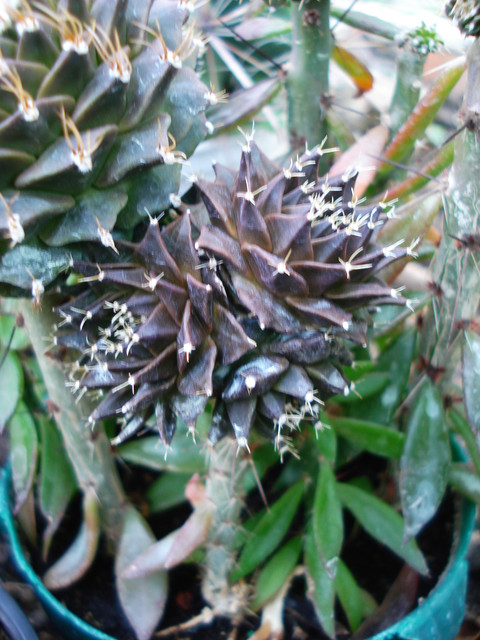 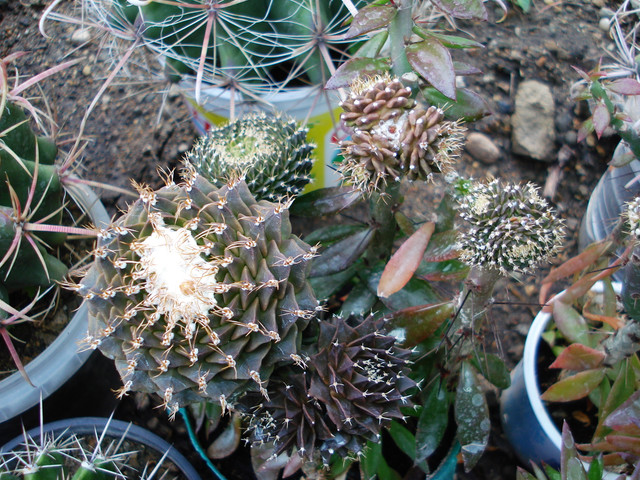